At a speech, I told students at Kennedy Middle School in Naperville, Illinois that when I was growing up, it seemed to me that my 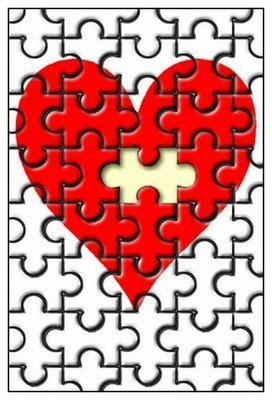 mother had divorced herself from her past. As far as I knew, she had no mother, no father, no cousins, no childhood friends, no stories, no family legends, no religious traditions. She never spoke of her early life and I knew I was never to ask. Her past was like a busy intersection that I was to avoid at all cost.

An 8th grade student came up to me after the speech and said that he completely related to the hole in my life. “When you asked us to imagine not being able to ask your parents a single question about their past,” he said, “that really made me think. There are certain things I can’t ask my father. He only has one arm, and he won’t talk about it. That bothers me because I wonder how it happened. I am aching to know, but I can’t ask about my dad’s past.

“Somehow, it feels like it’s not just about him; it’s about me, too.” He’s right. His dad’s past informs him; the missing pieces become part of his identity.