"I'm dreaming of a white Christmas…" 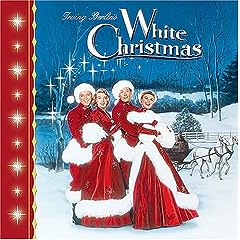 Irving Berlin? Christmas? That’s right, Irving Berlin, a self-taught Jewish immigrant who chose to name himself after an English actor and a German city. His original name was Israel Baline.

In 54 melancholy words, Berlin captured the World War II yearning for happier times, hearth and home, the mythic New England past. Amazingly, the sales of the 1940 secular hymn have exceeded 125 million worldwide and the song has been translated into Dutch, Yiddish, Japanese, and even Swahili.

Some say Berlin was mulling over a song satirizing America’s sentimentality about Christmas when he found the inspiration for “White Christmas.” Others, like Jody Rosen, author of White Christmas: The Story of an American Song, claim that the song expressed the desire of Jewish immigrants to assimilate, like the kid pressing his nose against the candy store window.

“I’m dreaming of a white Christmas. Just like the ones I used to know.”

Ironically, they were “the ones” Berlin never knew. “White Christmas” was the Jewish composer’s longing for a holiday that didn’t belong to him.